We are a movement of men and women who have encountered God and committed our lives to the Lord, focused on making an impact through the work of the Holy Spirit in transforming lives, families, communities and nations, for the glory of God!

“Go and make disciples of all nations, baptizing them in the name of the Father and of the Son and of the Holy Spirit, and teaching them to obey everything I have commanded you.”

OUR VISION IS TO SEE A MOVEMENT OF MILLIONS OF COMMITTED FOLLOWERS OF THE LORD JESUS CHRIST MEETING IN SMALL GROUPS AND TRANSFORMING LIVES, FAMILIES, COMMUNITIES AND NATIONS, FOR THE GLORY OF GOD.

EVERY CHURCH HAS ITS OWN SET OF VALUES. PART OF WHAT UNITES CCF IS OUR COMMON SET OF VALUES THAT HELP GUIDE US WITH OUR PRIORITIES IN OUR WALK WITH GOD.

Consistent personal devotions, prayer time, and personal study of God’s word
Love displayed even for people who are difficult to love; seek to maintain good relationships
No critical spirit or participation in gossip
Private life is in order (free from immorality and pornography, computer games, and other addictions)
Consistent sharing of the gospel and discipleship of others
Application

Application of God’s word in everyday life
Decisions made and priorities set based on Scripture
Submission to God-given authorities with respect and a positive attitude
Display of consistent humility; willing acceptance of criticism, correction, and suggestions

Use of God-given gifts and talents to serve others
Encouraging (or creation of opportunities for) others to serve
Consistent leadership of (and attendance in) a small group
Serving others even when inconvenient
Tithes / offerings consistently given
Good stewardship of God’s resources (time, talents, and treasure)

Our Statement of Faith

WHAT DOES CCF BELIEVE ABOUT THE BIBLE?

We believe that the Bible, composed of 39 Old Testament books and 27 New Testament books, is the Word of God, supernaturally inspired, inerrant in its original form, infallible, so that it is our supreme authority in all matters of faith, doctrine and conduct.

WHAT DOES CCF BELIEVE ABOUT GOD?

We believe that there is only one GOD eternally existent in three persons – Father, Son and Holy Spirit. He is the Creator of Heaven and Earth.

WHAT DOES CCF BELIEVE ABOUT JESUS CHRIST?

We believe that Jesus Christ in the flesh is both God and Man, that He was conceived by the Holy Spirit and born of a virgin. He lived a sinless life. He was crucified and He died to pay the penalty of death for our sins. By His shed blood, the Lord Jesus Christ made a perfect sacrifice for sin once and for all time and was raised from the dead on the third day. Later He ascended to the Father’s right hand where He is the Head of the Church and intercedes for believers. We believe He is coming again to the Earth bodily and visibly to set up His Kingdom.

WHAT DOES CCF BELIEVE ABOUT THE HOLY SPIRIT?

We believe that the Holy Spirit is God and possesses all the Divine attributes. He indwells all believers, baptizes and seals all believers at the moment they trust in Jesus Christ to be their only Savior and Lord. He controls and empowers all true believers to live the Christian life in response to their obedience, confession of sin, and yieldedness to Him.

WHAT DOES CCF BELIEVE ABOUT HOW A PERSON IS SAVED?

We believe that Salvation, with its forgiveness of sins, impartation of a new nature, and eternal life, is a free gift from God received when a person trusts in Jesus Christ to be their only Savior and Lord. Salvation is given by God’s grace and cannot be earned by man through good works, baptism, church membership or any other means (Ephesians 2: 8-9).

WHAT DOES CCF TEACH ABOUT THE ROLE OF GOOD WORKS IN A CHRISTIAN’S LIFE?

We believe that good works are not the means of salvation but are the expected product in the life of a true believer in Christ. It is every believer’s responsibility to pursue a life of good works through the power of the indwelling Holy Spirit.

WHAT DOES CCF TEACH ABOUT EVERY CHRISTIAN’S MISSION?

We believe that it is God’s will and command for every Christian to be actively engaged in telling others how to establish a personal relationship with God through faith in Jesus Christ and in discipling those who respond to this good news of salvation pursuant to Matthew 28: 18-20.

WHAT DOES CCF TEACH ABOUT BAPTISM?

We believe that water baptism by immersion is an act of obedience to Christ’s command. It is a public confession of our personal faith in Jesus Christ. (Matthew 28:19).

WHAT DOES CCF TEACH ABOUT WHAT THE CHURCH IS?

WHAT DOES CCF BELIEVE ABOUT MARRIAGE?

We believe that marriage is the uniting of one man and one woman as biologically determined at birth in a single, exclusive union. (Gen 2:18-25.) We believe that God intends sexual intimacy to occur only between a man and a woman who are married to each other. (1 Cor 6:18; 7:2-5; Heb 13:4.)

Because God has ordained marriage and defined it as the covenant relationship between a man, a woman, and Himself, CCF will only recognize and solemnize marriages between a biological man and a biological woman who are committed to follow Jesus Christ as their Lord and Savior.

WHAT IS CCF’S VIEW REGARDING TODAY’S ISSUES ABOUT GENDER?

We believe that God wonderfully and immutably creates each person as biologically male or biologically female. These two distinct, complementary genders together reflect the image and nature of God. (Gen 1:26-27.) Rejection of one’s biological sex is a rejection of the image of God within that person.

WHAT IS CCF’S VIEW ABOUT THE VALUE OF HUMAN LIFE?

We believe that all human life is sacred and created by God in His image. Human life is of inestimable worth in all its dimensions, including pre-born babies, the aged, the physically or mentally challenged, and every other stage or condition from conception through natural death.

This statement of faith does not exhaust the extent of our beliefs. We believe that the Bible itself, as the inspired and infallible Word of God that speaks with final authority concerning truth, morality, and the proper conduct of mankind, is the sole and final source of all that we believe. Questions regarding our position about doctrinal issues and church policies are resolved by the CCF Board of Elders, which has the final authority and oversight of the CCF Movement. 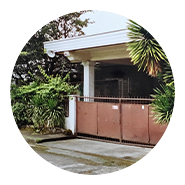 Peter Tan-Chi began an evangelistic home Bible Study in Valley Golf and in Ike and Del Punsalang’s home in Antipolo. Three couples attended that first Bible study, and as they began to invite more friends, the Bible Study grew. Eventually, the group moved to San Juan, meeting in the garage of one of the attendees, Loreto Carbonel, and in the house of Peter Tan-Chi at Valley Golf. 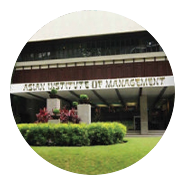 A core group of 40 people – businessmen, professionals, and their families – emerged from these Bible studies. This core group met at the Asian Institute of Management (AIM) for their first Sunday worship service as Christ’s Commission Fellowship. 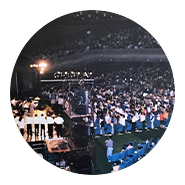 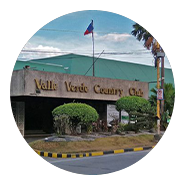 From PICC, Sunday worship services were moved to two different locations – the Valle Verde Country Club in Pasig, and Sucat, Parañaque. From CCF Sucat, the south satellite moved to Alabang through the generosity of Stephen Roxas and family who donated space for CCF. 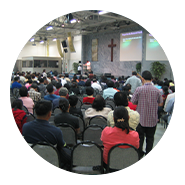 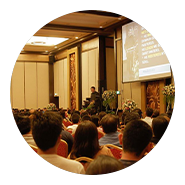 The south Metro Manila congregation moved into a new home in Alabang. 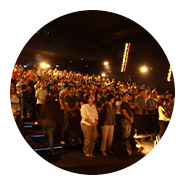 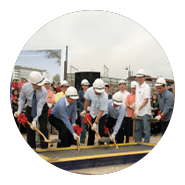 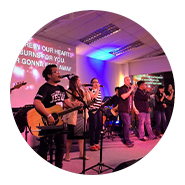 After a year, CCF Parañaque, CCF Bacoor, and CCF Noveleta were started. 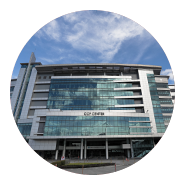 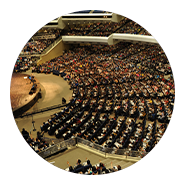 And now here we are. What is “normal” may have been challenged by the onslaught the pandemic, but God’s Truth is unchanged, the good news of God’s forgiveness and the gift of eternal life remains the same, and God’s call for us to make disciples is all the more true today.